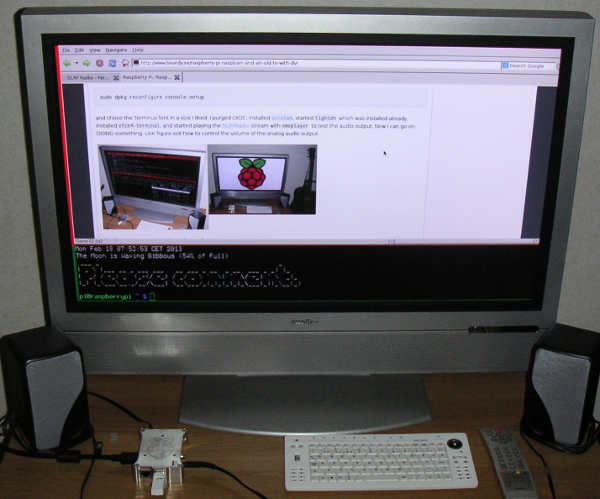 I finally bought some Raspberry Pi stuff. I picked up the package yesterday after my night shift at and mounted one of them in the case I got for it and connected it to my ancient tv, with DVI as the most modern input choice.
The first thing I tried was raspbmc. It boots, and works, b 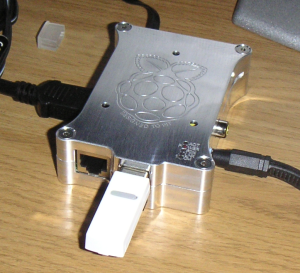 ut I’m not very impressed with XBMC, and not with the analog audio, which doesn’t work at all in it, except for a few seconds when listening to a radio stream, but most of the time it was only giving some clicks in the speakers when switching streams. It’s not for me anyway. Moving on.

Then I fell asleep, and now it is Saturday.

So, off with that. Next thing to try will be the Raspberry Pi foundation Raspbian image. (After that I will probably end up using the Raspbian installer and make my own stripped down base image, or check if there exists some sane image from here, we’ll see.). END_OF_DOCUMENT_TOKEN_TO_BE_REPLACED